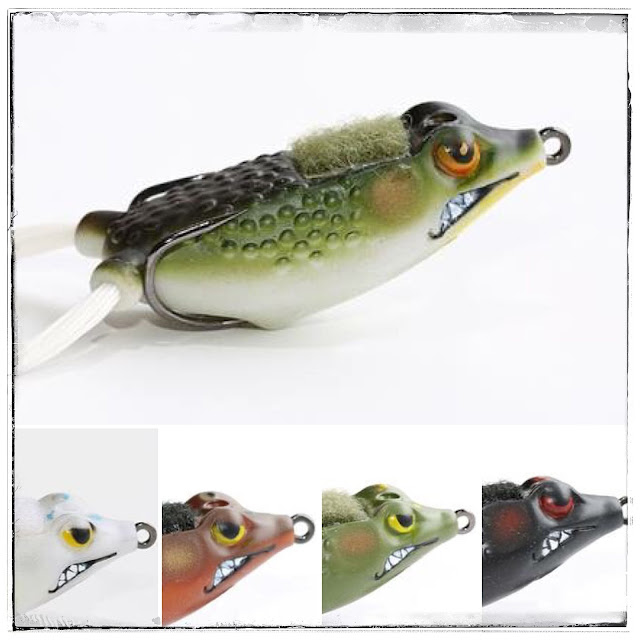 The Stanford Baits Boom Boom Frog caught my attention while browsing  my favourite form of social media (instagram: @FrogAddicts) where I came across a post about a new frog being released in March 2018  designed by Stanford along with angler Fred Roumbanis.

It wasn't the brand name "Stanford" that caught my attention,  it wasn't angler  Fred Roumbanis, though his name has been attached to a few other baits Ive cast in the past (the IMA Roumba for example), and it wasn't even the awesome mean mug paint job (well maybe just a little)

What caught my attention was the small little toupee that sits atop the Boom Boom frogs head.. "WTF" is the exact thought that crossed my mind and I had to learn more. 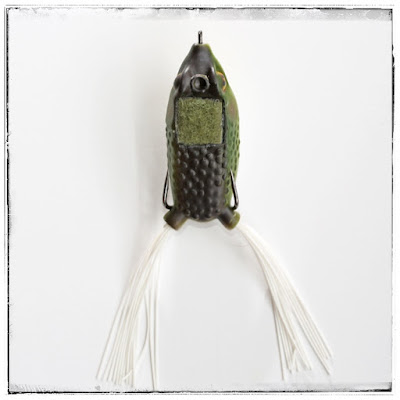 Each year an abundance of new frogs hit the market, some companies work under the "if it ain't broke don't fix it" mentality (every frog by Castaic)  and others offer up Frankenstein like creations that just fall flat under their craziness (like the Molix Beetle) . Then there are the Stanfords, the ones who have a pretty unique idea that actually attacks a problem frog anglers are faced with  each and every day on the water... "how do we make the fish hold on long enough for us to set the hook"

The answer to that question just might be Frogfur

Wether like me you look at the above image and  think "toupee", or maybe you envision some form of frog velcro?  The actual name of this patch of peach fuzz is "Frogfur, and it is a patent pending innovation that just might change the the frog game simply by buying you time. 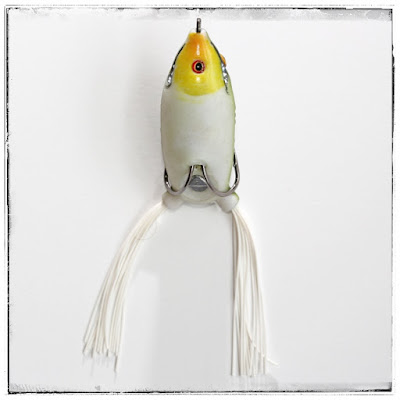 Frogfur was designed to latch on to the rough portion of the bass's lip giving it a velcro like effect that will hold in in place once the fish takes the bait. The Frogfur makes it harder for the fish to spit the Boom Boom frog while your deciding on when to actually set the hook and as you know every  additional few seconds will add dozens of fish to your boat over the course fo the season. Why not take advantage? (lets also not ignore the obvious here, FrogFur would be the perfect spot to apply scent possibly adding even more time to your hook-set process).

Don't take my word for it, to see FrogFur in action check out the Stanford Baits instagram page. There you will find a short video of the Boom Boom frog holding tight to a bass's upper lip. (Hey Stanford get that video up on your youtube page!).

I'm pretty excited about this frog, and quickly jumped on board when they opened their pre-sale  earlier this month. The frogs are priced at a reasonable $9.99 USD and Orders are expected to ship on or around March 1st, 2018. Don't wait to find these sold out on Tackle Warehouse this spring, get your order in now.

Watch for a full review of the Stanford Boom Boom Frog coming this season!